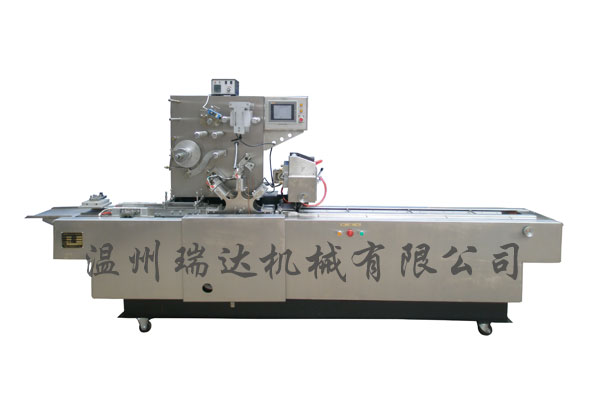 Can be used for all kinds of packaging goods outside the packaging, to achieve sealing, decoration, beautiful, moisture-proof and dry function. This product is an integrated product of machine, electricity and gas. It is automatically packaged by servo motor feeding film, cylinder pushing folding, heat sealing and so on. The packaging form can be flat package, vertical package or package collection.

working principle:
The packaging film is cut into the length required by the cutting knife, the small packaging box is transported by the conveyor, the cylinder is pushed to stack (according to the required form and quantity), and the wrapping and folding packaging form a medium package. Because this equipment does not have the heat sealing oven of the heat shrink packaging machine to heat the whole wrapped object, but USES the local point instant low temperature sealing, will not cause the temperature change of the packaging material in the box, relatively, it is called the cold machine. Can replace the heat shrink packaging machine.